Sticking one in the back of your own soccer net makes you feel like a clown. Scoring two own goals (OGs), as Liverpool’s Jamie Carragher can voucher for after a game against arch-rivals Manchester United, grants professional players an honorary postition in the hall of soccer fails.

Imagine, then, how it must feel to have been in Liverpool’s Meikayla Moore’s boots on Sunday, as she set about defensive duties for the New Zealand’s Soccer Ferns in a game against the US National Women’s Team (USNWT).

In just 35 minutes, Moore scored an international team record-breaking three own goals. Her coach yanked her off before half-time. Barstool Sports later took to Twitter with a video of the third of Moore’s own goals, dubbing it “wild stuff.”

While Moore’s three OGs in a game places her on par with little-known Belgian soccer league player Stan van den Buys, her international status will ensure more mouse clicks, especially since the Kiwi scored an imperfect hat trick. Perfect hat tricks are when players score a goal with their head, left foot, and right foot; the NFL equivalent would be a player throwing, receiving, and rushing for a touchdown in one game.

Moore’s imperfect hat trick stat is but one of the many mindblowers in international soccer’s OG vault. From a basketball score of OGs in Madagascar to serial offenders and sheer bad luck, Vegas Slots Online News has delved into the archives to curate a selection of some of soccer’s most epic OG fails.

Keeping with the imperfect hat trick theme is former Chelsea central defender Michael Duberry, who even got onto Twitter in 2012 to share his OG exploits for Oxford United against Hereford United in the English Football League:

Duberry later tweeted that he’d made a typo, and that it wasn’t three own goals. That’s what gives his story extra spice. While Moore looked like an absolute basket of nerves by the time she was hooked, the League Cup, UEFA Cup Winners’ Cup, and European Super Cup-winning former Chelsea defender actually found redemption. After scoring two OGs to put his side down 1-2, the big man fired in a 90th minute equalizer with his right foot to end the match 2-2, as this YouTube video shows:

While Duberry’s stat pipped Liverpool’s Jamie Carragher’s, they both led the charts in UK soccer for two OGs in a game. Carragher’s two OGs, however, are English Premier League collectors’ items because they came in a high-pressure game against their greatest rivals, Manchester United.

Jamie Carragher is today a respected soccer pundit on UK television, not afraid of going head-to-head with the likes of Roy Keane to justify his opinions. For over 17 years at Liverpool, the defender was a franchise stalwart, playing 496, 75, and 137 games respectively in the EPL, cup matches, and Europe.

But the game that might still haunt the Bootle-born ex-player came as a young, baby-faced Liverpudlian in 1999, fresh off the back of his first season in Liverpool’s starting eleven. Manchester United fan Jimmy McBride shared a video via Twitter of the OG’s Carragher gifted the Red Devils on that fateful day at Anfield:

With the game against their greatest rival just three minutes old, the Liverpool center-back tried to block a Ryan Giggs cross with his head. ace football snaps shared via a classic photo on Twitter, Carragher’s head deflected an unstoppable shot past his own goalie, Sander Westerveld, and into his own net.

While the aesthetics of this goal have to be admired, the same doesn’t apply to the second OG. One of David Beckham’s bending free kick specials caused all sorts of havoc in Liverpool’s six-yard box. The ball pinged off Henning Berg’s head onto Rigobert Song’s leg, before a sprawling Carragher cannoned the ball into his own net. It would be the goal that decided the match 3-2 in favor of the men from Manchester.

Carragher is one of the EPL’s most prolific scorers of career OGs with a total of seven. Manchester United supporters are unlikely to ever tire of the defender’s two OGs scored in front of Anfield’s Kop End.

An almost carbon-copy of Carragher’s classic header comes from across the Pond in the heavily bearded, hewn-from-timber form of Nate Borchals. Borchals, now 40 and retired, stands tall at the head of the MLS list for the most career OGs, with a total of five.

Like Man Utd supporters, LA Galaxy fans, in particular, treasure the bullet header Borchals put past his fellow Portland Timbers goalie. A couple years ago, the Galaxy honored the 2016 game’s fourth anniversary with a clip of the beautifully dispatched OG:

On his knees, huffing and puffing through his ZZ-Top-like beard, Borchals had just handed Galaxy the tie with his 83rd minute own goal, the match ending 1-1.

While Borchals cuts an Alexei Lallas-style figure, his soccer career was far less spectacular. The center-back from Tuscon, Arizona, spent most of his 2003-2016 MLS career at Real Salt Lake City. His first OG came when he was playing for Colorado Rapids against the Dallas Burn in 2003 and contributed to a 3-4 defeat for his side. Los Angeles Galaxy was Borchals’ bogey team. He scored two OGs in Galaxy match-ups, one playing for Salt Lake in 2011, and another playing for Portland in 2016.

In Borchals’ three appearances for the US national team, he didn’t score in either end.

Former Everton, Manchester City, Aston Villa, and Queen’s Park Rangers defensive colossus Richard Dunne holds the record for the most OGs in the EPL, with ten against his name as OptaJoe shared via twitter:

Dunne avoided an own goal in the six seasons he spent at Everton. As a Manchester City player, his latent talents blossomed, as the following DailyMotion video reveals:

In the game against West Bromwich Albion in 2004, a long ball over the top caught the backtracking City defender’s shin, leaving goalkeeper David James in disbelief as the ball tricked over the line.

Dunne has never won a game in which he scored an own goal, as the 1-1 score above shows.

He was back in OG action against Manchester United in 2004-05, scoring with a delicate defensive prod to help send City to a 0-2 defeat. His most dramatic OG was a thumping volley into the top corner of his goal when trying to clear a Newcastle United cross, as this YouTube clip reveals:

With Dunne’s unwitting help, ten-men Newcastle got themselves a 2-2 tie.

The big center back also holds a joint record for the most red cards in the EPL, along with Patrick Vieira and Duncan Ferguson.

Calcio Catania is one of Sicily’s biggest soccer teams, eponymously named for the second largest city on the island. Currently in Serie C, Catania has been in and out of Serie A ever since their founding in 1929.

On one memorable occasion in 1960-61 against Inter Milan at the San Siro, Catania players scored a record four own goals. Franco Giavara helped himself to two, while Elio Grani and Mario Corti contributed one each on the way to a 0-5 whipping, as this YouTube clip captures:

While the football club from Sicily’s east coast giving up four goals seems hinky, our next stat from the modern day era of the EPL reflects seven minutes of misery piled atop a season of misery.

Sunderland’s bottom of the bottle moment

Entering the frigid gloom of a UK February in 2003, Sunderland AFC was on a 15-game losing streak. What happened on February 1 against Charlton Athletic in an EPL clash was a horror show, with Sunderland leaking three OGs in just seven minutes, as this YouTube footage shows:

First, the Black Cats Steven Wright poked a deflected Mark Fish shot into his own net, before young Michael Proctor accidentally bundled two more past looking at Thomas Sorensen. Final result Sunderland 1, Charlton 3. The defeat sent Sunderland to the bottom of the EPL, where they would remain for another 113 days.

Madagascar’s Stade Olympique L’Emyrne (SOL) in 2002 set an OG record likely to never be beaten. The team from Antananarivo won their first domestic league title in 2001, while also surprisingly advancing to the second round of the African Champions League.

As the 2002 Malagasy league got down to a four-team playoff, SOL had its eye on winning another title. SOL was held 2-2 in a match it needed to win, with the referee awarding a controversial late penalty. So when SOL faced rivals AS Adema, essentially a dead-rubber for SOL, and an early refereeing decision went against them, the SOL manager urged his team to protest by scoring OGs.

authorities banned the manager from soccer for three years

And score their own goals they did, all 149 of them. Authorities banned the manager from soccer for three years, with four SOL players suspended until the end of the 2002 season.

The moral of the story? Avoid OGs at all costs, they’re toxic. 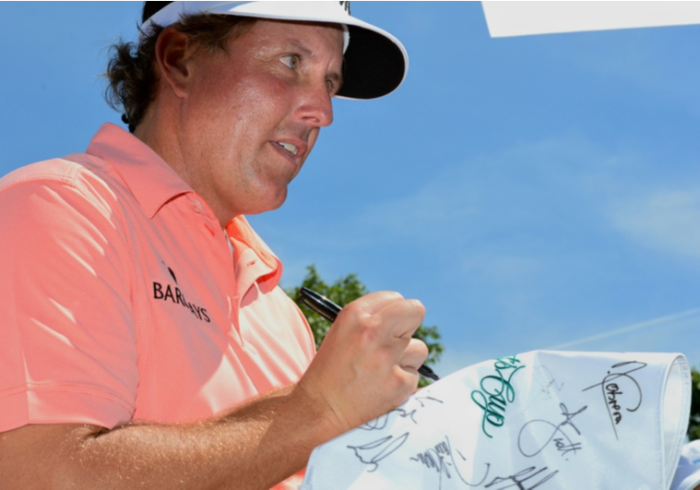 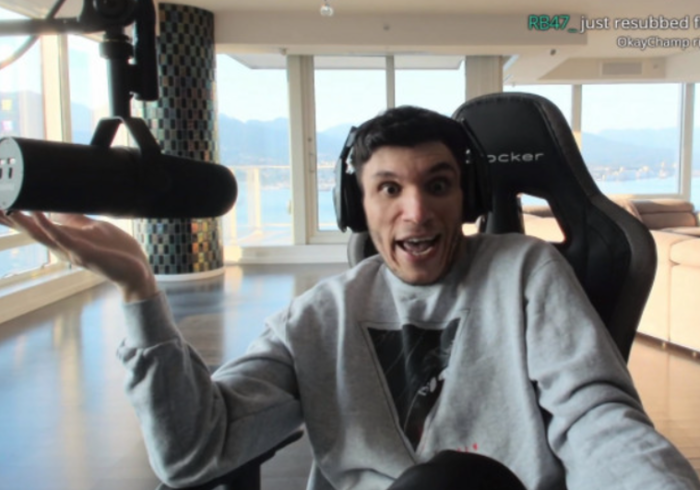 20 May 22 wroadmin
Twitch streamer Trainwreck (pictured above) added another big win to his belt while Xposed did…
Baccarat, black jack, casino